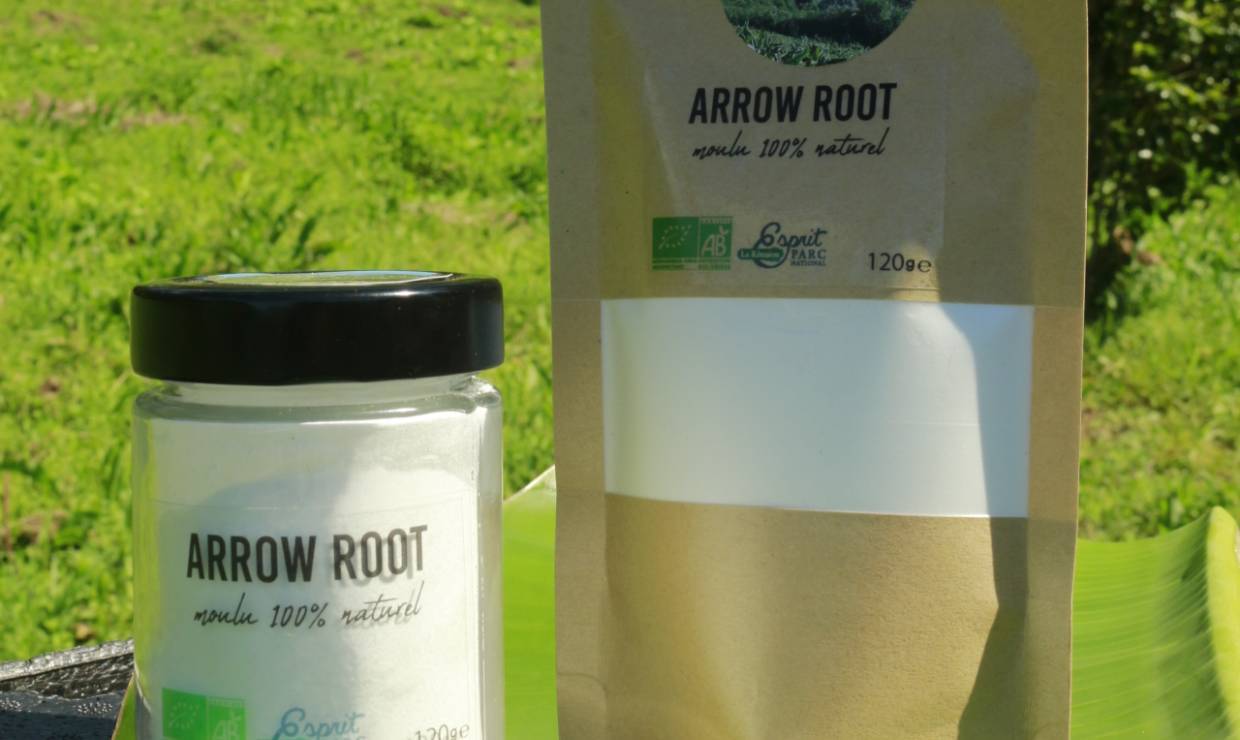 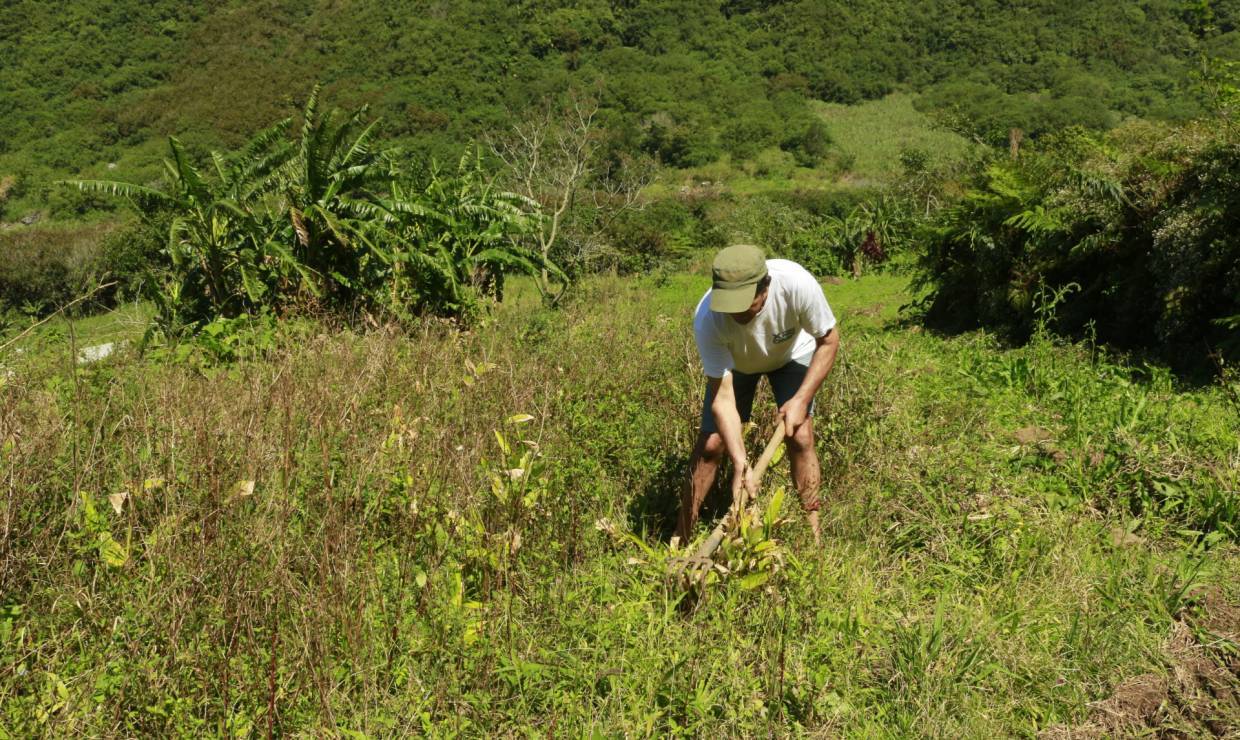 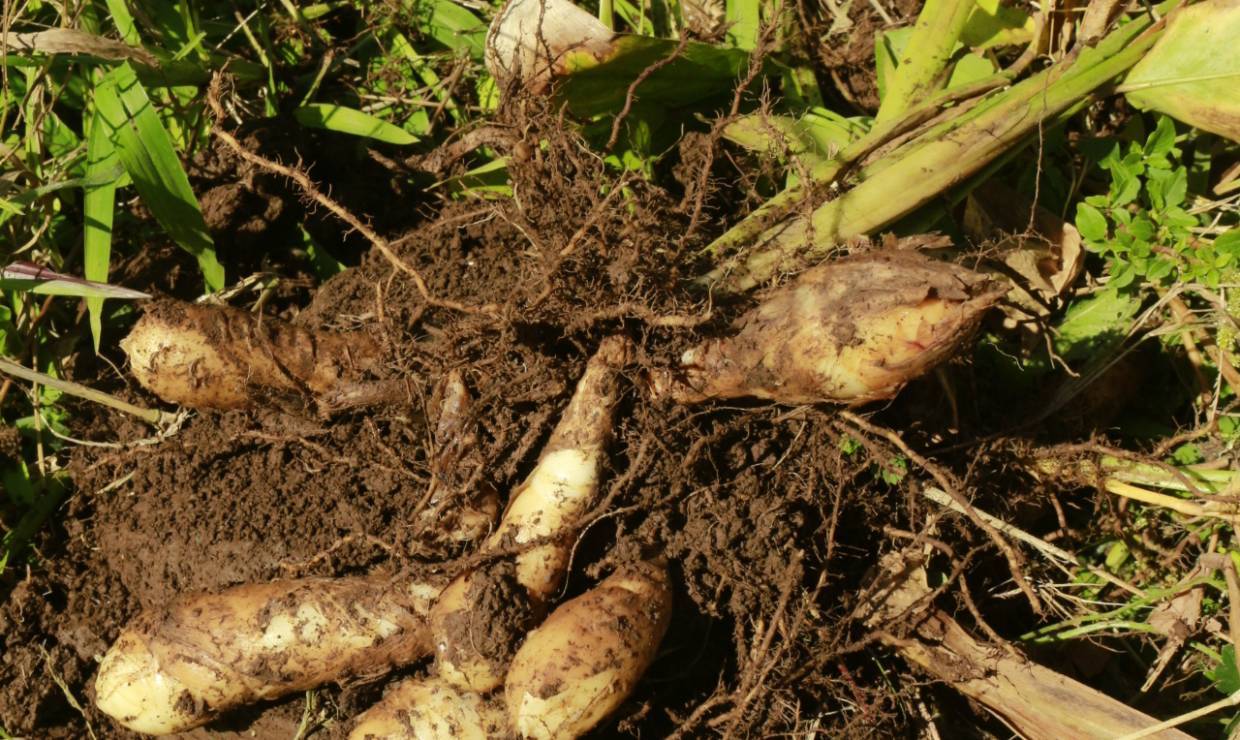 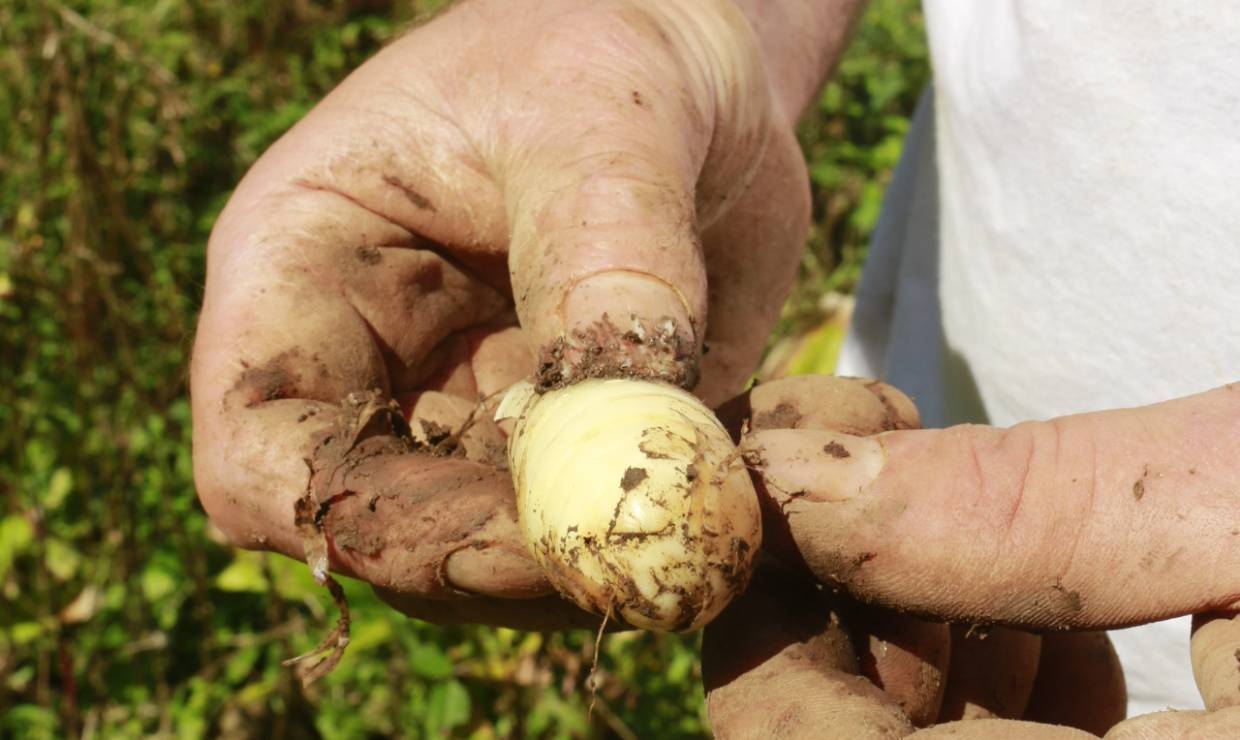 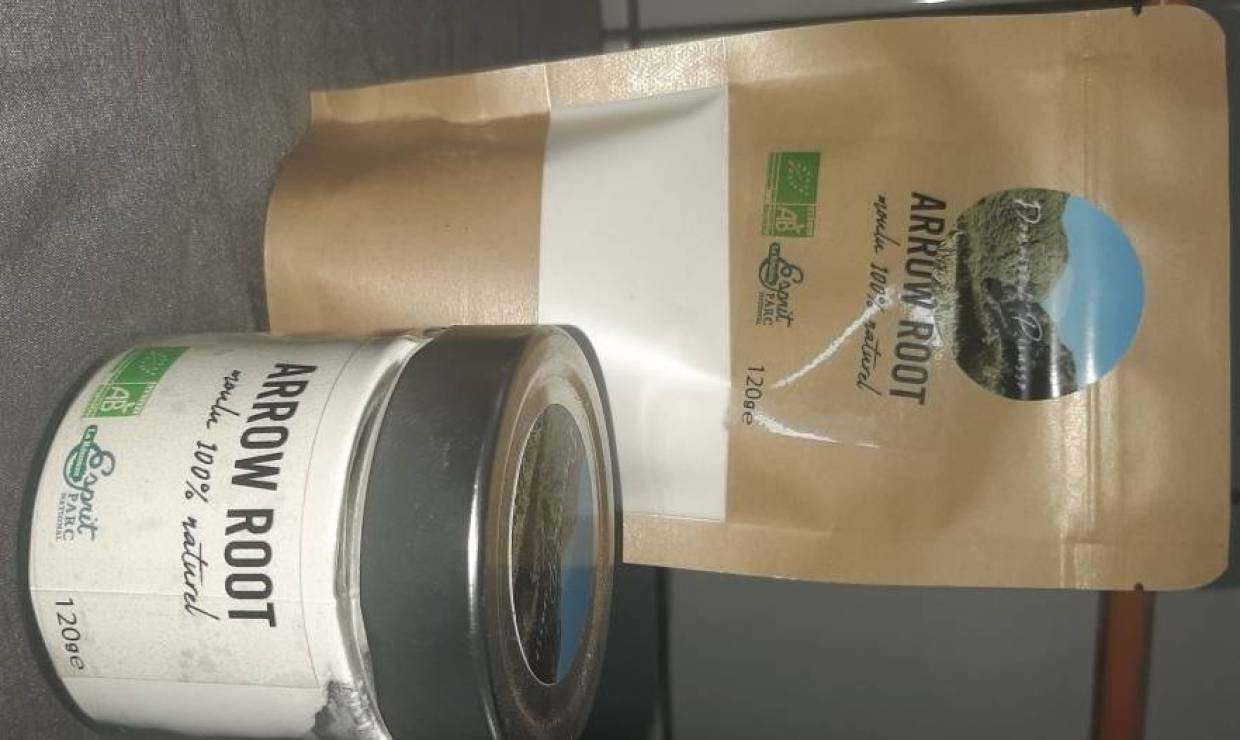 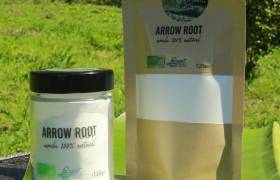 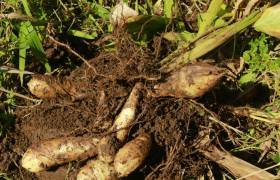 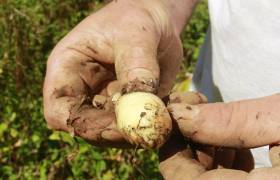 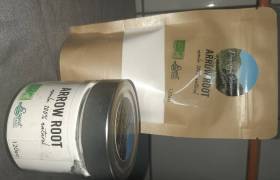 It is in Plaine des Grègues, in the heights of Saint-Joseph, that Thierry Vitry cultivates and transforms the arrowroot. This white starch, very appreciated for its numerous virtues and for the manufacture of the traditional "candies the rouroute", is a product patrimoniale of the territory.

At the foot of the Margosiers loop trail, Thierry Vitry took over the family farm twelve years ago and works with turmeric, ginger, arrowroot, and raises organic poultry.

It is probably because this rhizome is arrow-shaped that it is called that way, translate "arrow root" in French.

After having crushed the rhizome, Thierry Vitry passes to the stage of the kneading in water then of the drying to finally transform the product into powder and to obtain the arrow-root.

In addition to its wide range of uses in cooking, this starch has many medicinal properties. It facilitates digestion, is used as a gastric dressing and has anti-inflammatory properties. 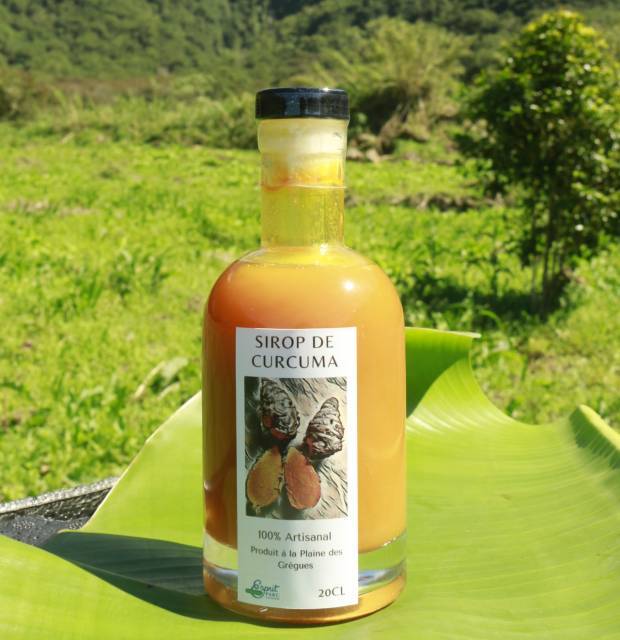