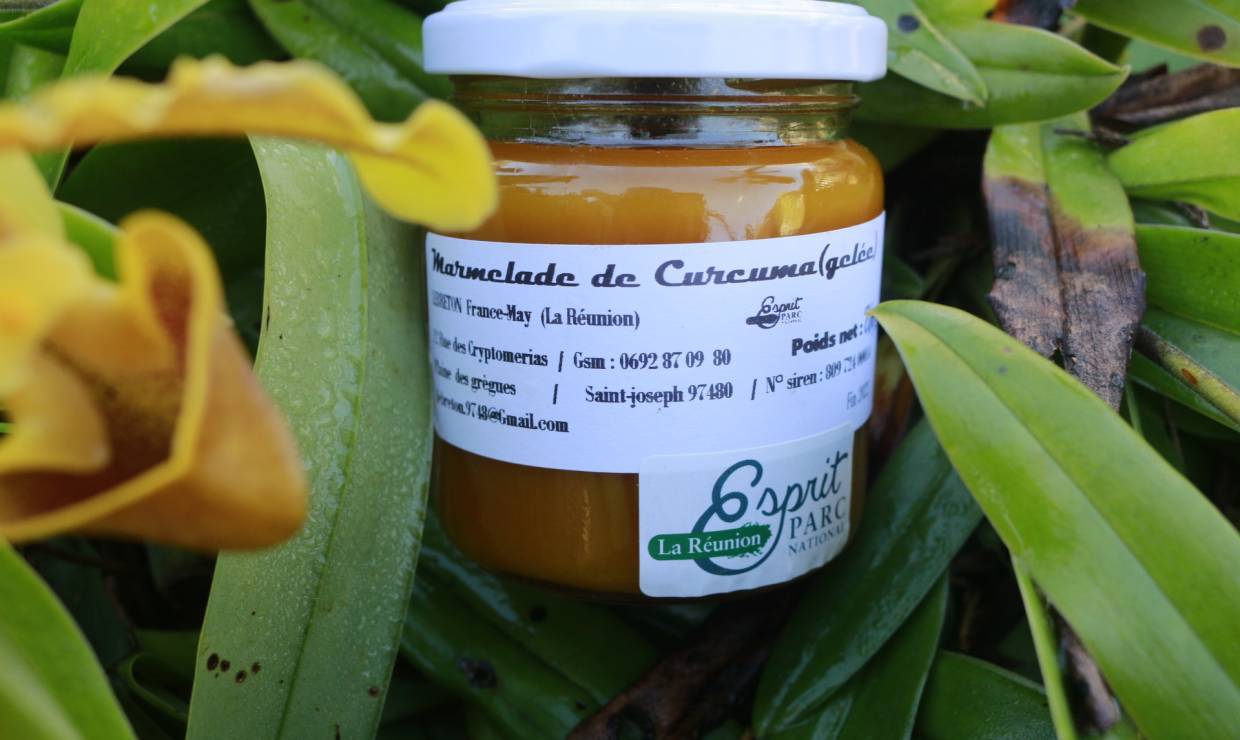 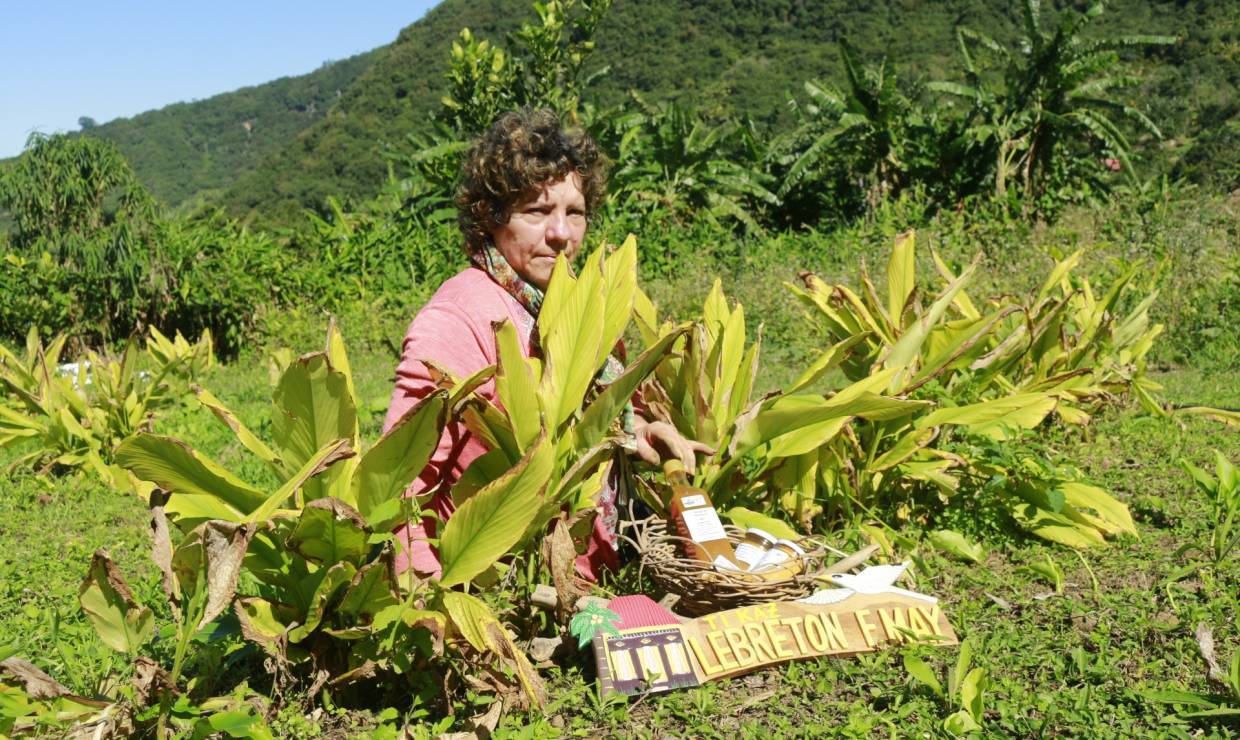 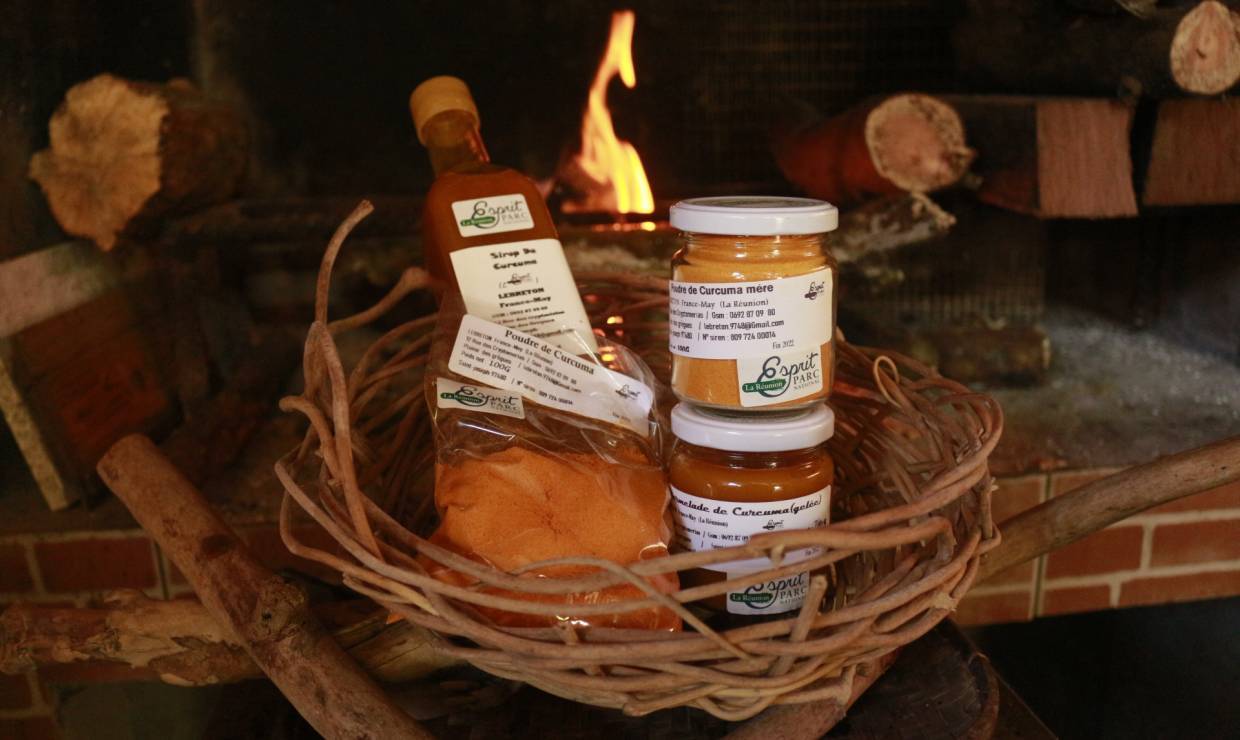 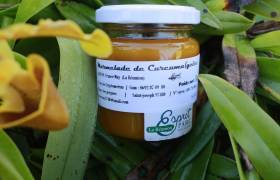 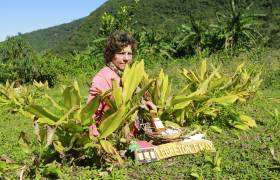 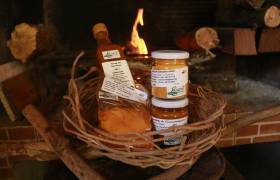 At the gates of the Sud Sauvage, in Plaine des Grègues, in the heights of the town of Saint Joseph, France-May Lebreton cultivates turmeric in the traditional way. It is in this charming little village called "the capital of the saffron péi", that turmeric is cultivated, the essential spice of the Reunionese gastronomy.

Since 2015, at an altitude of 700m, France-May Lebreton has taken over the family farm in Plaine des Grègues, that of turmeric, a heritage crop emblematic of the island.

Turmeric marmalade can be used on buttered toast, in yogurt, on pancakes, with vanilla ice cream or as an infusion.

Turmeric, locally known as "saffron péi" is very present in the culinary heritage of Reunion. Its pronounced taste and its beautiful golden color is the pride of the territory. France-May Lebreton participates in this traditional know-how from planting to processing. 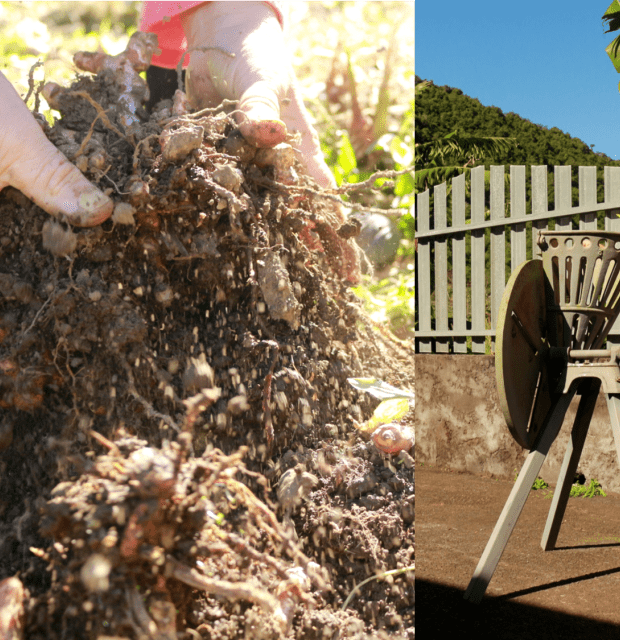 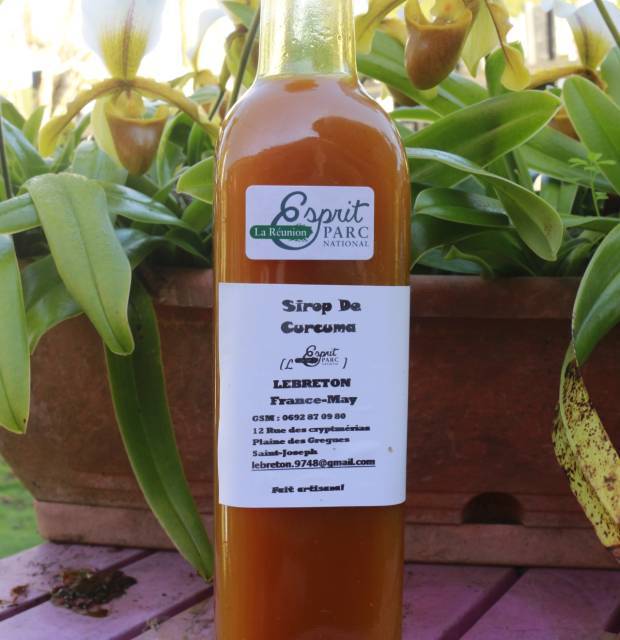