The Guiana Amazonian Park, which shares a border with Brazil, is one of the biggest protected areas in the world (covering 3.4 million hectares, i.e. 40% of French Guiana).

Bounded by two great rives, the Oyapock in the east and the Maroni in the west, it harbours one of the most biodiverse areas on the planet. This wealth makes it an exceptional land of discovery for both its flora and fauna and its indigenous cultures.

For visitors enamoured of culture, staying within the Parc Amazonian Park enables them to encounter local peoples with strong cultural identities, in permanent interaction with the natural habitat that surrounds them. Wayana, Wayampi and Teko Amerindians, but also the Aluku, a black Maroon people in the Maroni area, and Creoles, who have lived for generations in this region at the crossroad of influences from South América, the Caribbean, Africa, Asia and Europe.

Immersion in the Guiana Amazonian Park transforms the traveller, questions their vision of the world and enriches their personality!

In a few numbers
Amazonian Park of Guyana

A place to live
Unique experiences 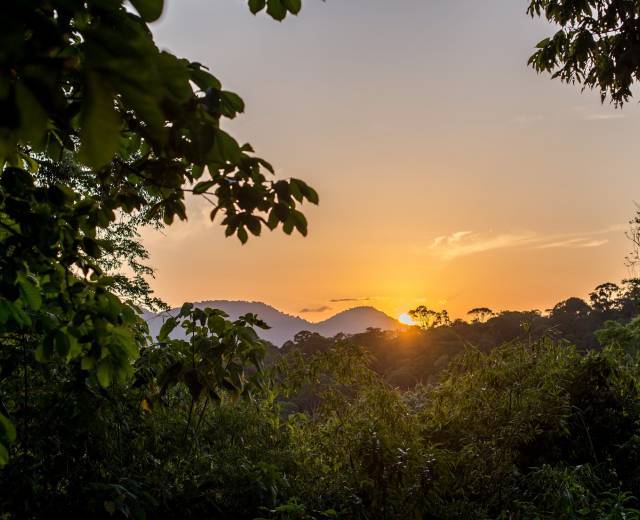